So I wrote a whole post about this section and apparently I accidentally deleted it. As a result, ill post a quick update for the sake of continuity, but it probably won’t be very detailed.

Mette, ICU and I split from the boys and headed to Idyllwild. ICU stayed at the campground while Mette and I went to the Silver Pines Lodge, which had a PCT hiker dorm. We were only in town for about half a day, and raced around trying to complete all of our errands.

Mail. Accomodation. Laundry. Post office again. Pharmacy. Groceries. Dinner. Movies! There is this little theatre and we went to see Guardians of the Galaxy II that evening.

Made for a nice diversion in town.

The next morning we hit the trail again. We climbed Mt San Jacinto that day to an elevation of 10,800′. It’s was the first mountain that I’ve ever climbed! That day was grueling, but satisfying.

The next day we descended back down the mountain and camped around mile 203. My sleeping mat developed a hole, so I hardly slept that night. Plus, the night we descended the mountain I’d had insomnia so I was running two days with little sleep. The next day, we continued down to the desert floor. 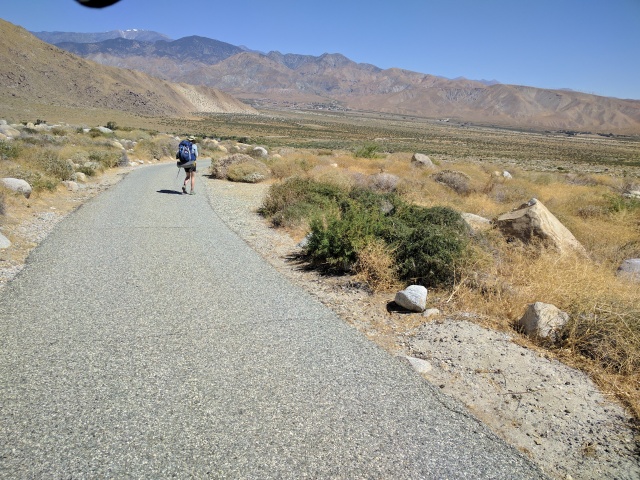 I was beat. At the underpass of I-10, trail angel Hillbilly showed up to check the cache and he gave me a ride into Cabazon/Banning. He took me to replace my mat temporarily (got a very shoddy foam pad) and then to a hotel where I slept for 15 hours.

I woke up feeling very refreshed. I washed my clothes in the sink and stuffed myself with hotel breakfast, then went to Starbucks after I’d checked out. I relaxed during the heat of the day, then got a ride by another lovely trail angel back to the trail.

There was a lot of trail magic on this stretch. I got rides from two different trail angels, was given my first ever root beer float by Coppertone, and then met Legend and Jolene at the Whitewater Preserve where they made me and a bunch of other hikers a wonderful dinner.

From there it took me about three days to get into Big Bear. I really liked hiking that section on my own, it was a little more lush than the desert before so there were lots of places for me to park myself and hang out a while. I took it pretty easy, hiking lesser days for a while and reading a lot. I downloaded Audible and raced through the first book in the Dark Tower series by Stephen King.

The group took a zero in Big Bear so I caught up with them! We had a great time. There is a brewery in Big Bear that makes Kolby beef burgers. Is this a waste of Kolby beef? Maybe. Was it one of the best burgers I’ve ever eaten? Absolutely. Served on a croissant bun with ripe slices of avocado and perfectly cooked bacon. With a huge salad on the side. Just writing about it makes me want another one. I took a picture of it, but it came out blurry. It was great to hang out with the gang again, and we headed out the next morning reunited for the time being. Who knows what will happen next, but after a couple days on my own, I really wanted some comraderie.

On to Wrightwood next. Until then, happy trails. 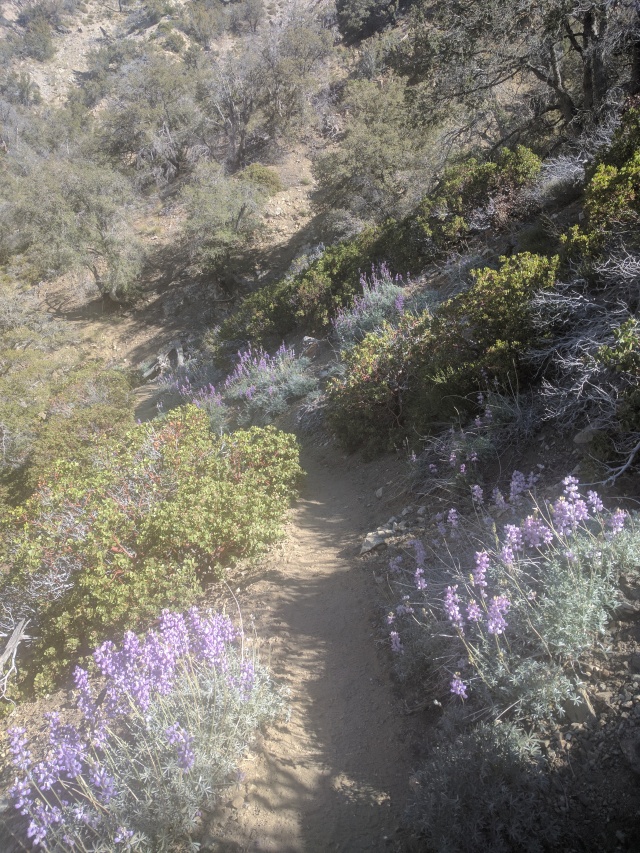